In Memory of Steve Rosa

On January 22nd, 2016, the world lost a true gentleman. Steve Rosa was a kind person. A loving person. A person of true integrity, and the consummate family man.

Little did I know that when we became business partners in December of 1988, it would lead to 27 years of brotherhood. We became best friends. Through years of personal challenges, and the changing business climates, we stood together, comforted each other, and consistently reminded ourselves how lucky we were to have found each other and formed our company 27 years ago.

If you knew Steve, you knew he loved chicken parmesan at lunch. At night watching TV, he would be snacking on Cheez-Its. He loved the music of the Beatles and The Monkeys. You would see how excited he became watching a winning goal during a Bruins game, or a Tom Brady pass.

But the most important part of Steve’s legacy, was his dedication to his family. Coming from a family of six children, and marrying into his wife Sue’s family of seven, family was everything to him.

As a youngster, he spent two weeks each summer in Seabrook gathering with the extended Rosa family involving a multitude of uncles, aunts and cousins. That tradition continued with his own family; right up until the year of his passing. Seabrook was so significant to Steve, his children had a park bench dedicated to his memory on a path leading to the beach.

When Steve learned of someone’s passing, he would often say, “The sun will still come up tomorrow morning and the world will keep turning; and life goes on.” Now it’s our turn to watch the sun come up. It’s our turn to continue on living. But for me, the sun will never go down on Steve’s memory. 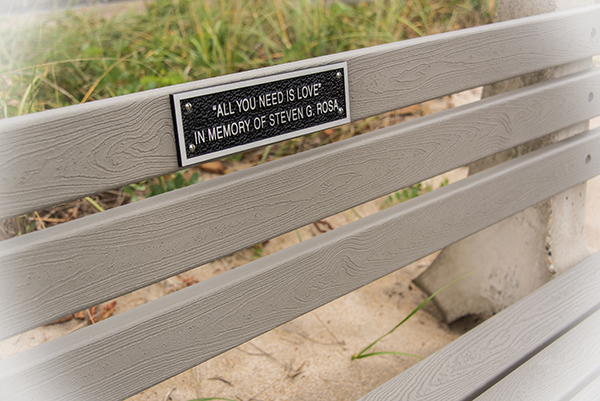 Steve was a graduate of UMASS Lowell with a BS degree in Chemistry and an MS degree in Plastics Engineering. His previous experience included Monsanto Chemical Company and Zenith Pumps.